An exciting journey of creating a wine brand - from an 85 acre plot in California to an established winery of Napa Valley. 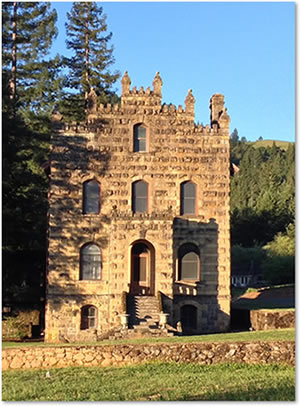 In 1975, Edward Wallis fell in love with the 85-acre property in Calistoga on Diamond Mountain Road. The property came with an old stone castle built in 1906 by Jacques Pacheteau and a carriage house built in the late 1800s designed by W.H. Corlett. Both buildings recently made into the registry of historic places for The United States. In 1997, they were pinched by the wine bug and planted the vineyard. Every detail was meticulously thought out and in turn, captured the interest of Napa Valley's top winemakers. Initially, they sold the fruit to David Ramey of Ramey Wine Cellar and then to Chris Carpenter of Lokoya Winery. After tasting the superb Cabernet Sauvignon Ramey and Lokoya were making from our vineyard fruit, it was in 2006 when they decided to make wine for themselves and showcase the benefits of their hard work. They had an advantage of Ideal Location, Pedigree of Fruit, Meticulous Farming Practices and a Rockstar Winemaker.

The Diamond Mountain District is a superior growing area in Napa Valley for Cabernet Sauvignon. This area had a myriad of soil types and exposures at a wide range of elevations. 13 acres of vineyards were planted in 8 distinct blocks. Extensive research went into the selection of varietal clones and rootstocks that perfectly match our soils and climate. This resulted in five different clones of Cabernet Sauvignon complimented by small plantings of Cabernet Franc and Petit Verdot. 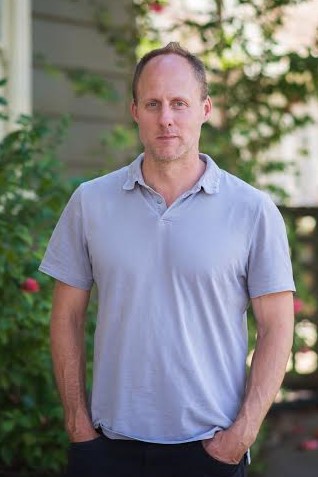 Thomas has earned his place as one of the most talented winemakers in the Napa Valley and maybe even on Planet Earth! Thomas was born in Sumter, South Carolina and attended the University of Virginia. He moved to the Napa Valley soon after graduating and started his career working for Turley Wine Cellars in 1997.  He is a winemaker, focusing on high-end Cabernet, for over a dozen wine brands including Schrader, Maybach, Revana, and Outpost. His wines have produced multiple perfect 100 point scores, notably "Old Sparky" by Schrader Cellars. Most impressively, Thomas R. Brown was awarded Winemaker of the Year in 2010 by Food & Wine and was the first American winemaker to earn 100 point scores from Wine Spectator. Wallis Family Estate currently has our wines produced at Thomas' new winery venture at Mending Wall Winery in St. Helena. We are extremely proud of what Thomas has done with our wines and look forward to many more years of his creativity.

Here are the top selling wines of Wallis Family Estate

The 2015 growing season was the fourth year into a drought cycle for the Napa Valley with low and inconsistent rainfall quantities over the winter. The spring saw warm and dry temperatures that started bud break early but had a cool May, which allowed the growth to be back to a normal level. The summer heat was stronger than average, with 26 days being over 100 degrees. As a result, the vintage quantities were on the lighter side, due to lack of moisture. The Diamond Mountain fruit has the advantage of being in a mountainous region where it is more temperate than the valley floor, allowing the fruit to balance out their sugar and acidity and be less stressed. Harvest came early to Diamond Mountain, October 6, 2015, about 2-3 weeks ahead of an average year. The top barrels of Cabernet Sauvignon from vineyard blocks 1, 4, and 8 were chosen by winemaker, Thomas Rivers Brown. The label design, "Six-fold Infinite Rings," references the symmetry of Seraphim as having six wings. Edward Wallis has a more modern interpretation of the six rings portraying six members at a dinner table with the Seraphim as the fuel for inspired conversations.

The top barrels of Cabernet Sauvignon from the Diamond Mountain vineyard, blocks 1, 4, and 8, were chosen by winemaker, Thomas Rivers Brown for the 2014 SERAPHIM. This is a 100% Cabernet Sauvignon with a limited production of 270 cases aged in 80% new French oak. The 2014 growing season was the third year into a drought cycle, but the '12, '13, '14 Napa Valley vintages have done exceptionally well with these conditions. The 2014 vintage represents the Wallis vineyard being 16 years old, providing rich, powerful grapes for a wine that will benefit from ageing in the cellar.

The 2013 vintage of the Napa Valley is said to be one of the top years in the past four decades for the Napa Valley. The 2013 Wallis Family Estate Reserve Cabernet Sauvignon SERAPHIM is a true portrayal of the excellence produced in the valley. The top barrels from our six estate-grown blocks of Cabernet Sauvignon were handpicked by winemaker, Thomas Rivers Brown for this reserve wine. The label design, "Six-fold Infinite Rings," references the symmetry of Seraphim as having six wings. Edward Wallis has a more modern interpretation of the Six-fold Infinite Rings as portraying six members at a dinner table with the Seraphim as the fuel for inspired conversations. Robert Fathauer was the artist for the beautiful wine bottle artwork.

To know more about other wines produced by Wallis Estate Wines, Click here.