An Introduction to the Top 10 Wine Regions of the USA

There are plenty of wine regions across the nation that are rapidly growing in prominence. Here’s a closer look at the Top 10 wine regions of the United States.

While California’s Napa Valley and Sonoma still reign supreme as the top wine regions in the United States, there are plenty of wine regions across the nation that are rapidly growing in prominence. Not only are these regions producing world-class wines, but they are also helping to create the basis of a thriving wine industry – everything from wine tourism to wine festivals. Here’s a closer look at the Top 10 wine regions of the United States.

Within California, Napa Valley and Sonoma are still the templates that every other wine region is trying to follow. Napa, of course, is known for its world-class Chardonnay, Merlot and Cabernet Sauvignon. Sonoma, in turn, is known for its Pinot Noir, Cabernet Sauvignon, and Chardonnay. But Napa and Sonoma are not the only wine regions within California creating buzz. Central Coast, for example, now boasts its own share of award-winning wineries. One of the new darlings of the wine world is Paso Robles, located approximately halfway between San Francisco and Los Angeles.

The state has a total of 14 different American Viticultural Areas (AVAs), with some of the more popular regions for wine production being Walla Walla and Columbia Valley. Since the 1960s, the state has rapidly increased its wine production capabilities, with wine exports going to more than 40 countries around the world. Washington is now No. 2 in the nation in terms of annual wine production, trailing only California. Popular grapes include Riesling, Chardonnay, Merlot, and Syrah.

Oregon has a much cooler climate than any of California’s wine regions, making it perfect for growing not just Pinot Noir, but also Riesling, Chardonnay, and Gamay. The premier wine region within Oregon is the Willamette Valley, which has gained a worldwide reputation for its stellar Pinot Noir wines. Interestingly, Willamette Valley is located along the same latitude as France’s famed Burgundy region, which is also famed for its Pinot Noir.

The most famous wine region within Virginia is located around the historic town of Charlottesville, perhaps best known as the home of Thomas Jefferson’s Monticello. The state is known for its nearly 200-day growing season, as well as the presence of premier wineries such as Barboursville Vineyards and Linden Vineyards. Winegrowing has been part of Virginia’s tradition since the Colonial era.

Everything is bigger in Texas, and that includes the Texas Hill Country wine region, which spans 9 million acres, making it the second-largest wine region in the nation. The dry, sunny Texas Hill Country climate is well suited for growing grapes like Tempranillo, Syrah, Albarino, Cabernet Sauvignon, and Zinfandel. The Texas Hill Country is generally used to refer to all land in the winegrowing region north of San Antonio and west of Austin.

The premier winegrowing region within Pennsylvania benefits from being situated between Lake Erie to the North and the Atlantic Ocean to the East. The state is now home to nearly 120 wineries and 5 different American Viticultural Areas (AVAs). One particularly noteworthy winery within the state is Waltz Vineyards.

The winemaking tradition in Ohio extends all the way back to the early 1820s. From 1823 to the mid-1860s, Ohio was home to one of the most popular wine industries in the nation and became particularly famous for its plantings of the Catawba grape. However, by the Prohibition Era, Ohio’s wine industry was headed on a downward trajectory and has never fully recovered, despite its proud tradition. One noteworthy winery within Ohio is Markko Vineyards. Overall, there are more than 110 wineries within Ohio.

The Lake Michigan Shore region is not only scenic – it is also home to a winegrowing region that has been called the “Napa of the Midwest.” The Lake Effect from Lake Michigan is what helps to moderate the climate of the region and produce such exceptionally complex wines. A local favorite tradition is to pair locally grown cheese with wines from local vineyards. Given the state’s colder climate, grapes such as the Austrian Blaufrankisch grape are able to thrive in Michigan.

Missouri is perhaps most famous for its “Missouri Rhineland” – a winegrowing region first settled by German immigrants more than a century ago. The first German immigrant winemakers appeared in 1837. By the 1880s, Missouri was the No. 1 wine-growing region in the nation – the Napa Valley of its day. Today, the state boasts more than 90 different wineries, 4 different AVAs, and even a “state grape” (the Norton grape). 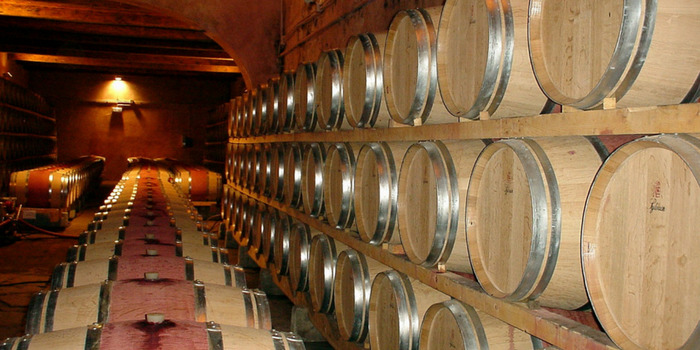 However, these are not the only U.S. states with noteworthy wine regions. North Carolina (130 wineries), Colorado (106 wineries) and Illinois (100 wineries) all just narrowly missed being included on the list. And just about every frequent traveler has some favorite, completely off-the-radar region that produces great wines. It’s no longer uncommon for food & wine magazines to devote feature stories to the great wines of states like Idaho or Arizona.

In order to really enjoy these wines, it’s best to make a full weekend of it. Wine tourism is very much alive and well, not just in places you’d expect – like sunny California – but also in regions that might be colder (such as the Finger Lakes) but that boast a remarkably robust network of wineries, trails and outside adventure activities for the whole family.